Lawmakers Back $400 Million for Possible A-10 Successor 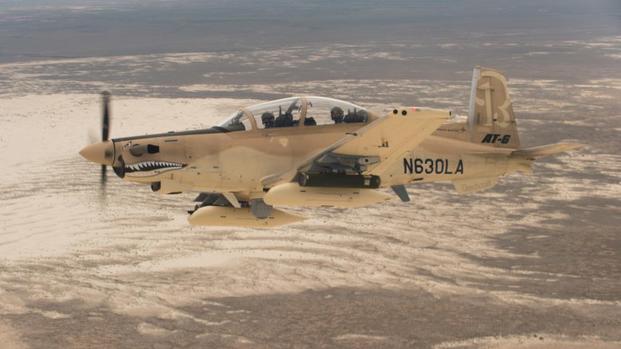 Key lawmakers agreed to provide the Air Force with $400 million to explore buying a new light attack aircraft for missions in the Middle East.

The $400 million figure is proposed in the negotiated fiscal 2018 National Defense Authorization Act, congressional staffers said Wednesday on Capitol Hill. The House could vote on the legislation as early as next week, with action in the Senate sometime afterward.

The service could bring in a new turboprop aircraft — known as OA-X light attack planes — if it sees value.

OA-X “is actually not about the hardware — it’s about the network,” said Air Force Chief of Staff Gen. David Goldfein during a recent interview with Military.com.

The Air Force in August conducted a “light attack experiment” at Holloman Air Force Base, New Mexico, in which four aircraft — AirTractor and L3’s AT-802L Longsword; Sierra Nevada and Embraer’s A-29 Super Tucano; and Textron and AirLand LLC’s Scorpion, as well as their AT-6B Wolverine — conducted live-fly exercises, combat maneuver scenarios and, on some occasions, weapons drops.

Senate Armed Services Committee Chairman Sen. John McCain lauded the Air Force’s initiative to not only think outside the box in potential acquisition strategy — testing the product before investing — but also the experiment itself.

“The light attack experiment at Holloman Air Force Base, New Mexico, provides an example for how rapid acquisition and experimentation can help our military procure the needed capabilities more quickly, more efficiently, and more affordably than we have in the past,” the Arizona Republican said at the time.

The former Navy pilot stressed that, while the service should sustain its A-10 Thunderbolt II fighter fleet for close-air support, “the Air Force should procure 300 low-cost, light-attack fighters that would require minimal work to develop.”

How soon the Air Force will decide whether to invest in light attack aircraft has not been determined, Goldfein recently said.

He said he wants the service to train more often with coalition partners — who may not have high-end fighter aircraft.

Goldfein, who served as the U.S. Air Forces Central Command commander between 2011 and 2013, said, “Is this a way to get more coalition partners into a network to counter violence?”

“Can I at the same that we’re looking at a relatively inexpensive aircraft and sensor package, can I connect that into a network of sharable information that allows us to better accomplish the strategy as its been laid out?” he asked.